Visit PawShopUSA today!
We also have websites for: 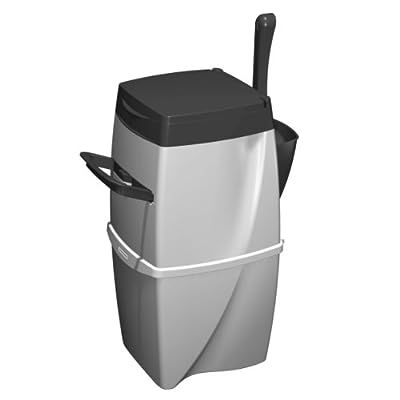 Price: £22.88
As of 2019-05-20 06:21:51 UTC (more info)
Product prices and availability are accurate as of 2019-05-20 06:21:51 UTC and are subject to change. Any price and availability information displayed on https://www.amazon.co.uk/ at the time of purchase will apply to the purchase of this product.
Availability: Not Available - stock arriving soon
Product Information (more info)
CERTAIN CONTENT THAT APPEARS ON THIS SITE COMES FROM AMAZON SERVICES LLC. THIS CONTENT IS PROVIDED 'AS IS' AND IS SUBJECT TO CHANGE OR REMOVAL AT ANY TIME.

LitterLocker II is an innovative disposal bin for used cat litter. LitterLocker features a unique seal system to guarantee freedom from unpleasant odours. The LitterLocker is completely odourless thanks to its Air-Seal multi-layer barrier film. Soiled litter can be stored in the LitterLocker for up to 2 weeks, but can be emptied at any time. The refill, which holds the barrier film, lasts for up to 2 months on average for one cat.

No more running around looking for spare bags to dispose of litter Inexpensive as 1 refill covers approximately 60 bags and lasts on average, 2 months for 1 cat Convenient, no more frequent trips to the bin after clearing the litter tray, just pop it into the bin Quick and easy to use Locks in odours so you can breathe easy again after cleaning the litter tray

There are no customer reviews yet. Be the first to Write a Review!

Cookies help us deliver our services. By using our services, you agree to our use of cookies. Learn More Accept

Wait! We have a something for you...

Don't leave empty-handed! Simply enter your email below and we will send you a great discount on our products:

We hate spam as much as you do! Your details are never shared and you can unsubscribe at any time.